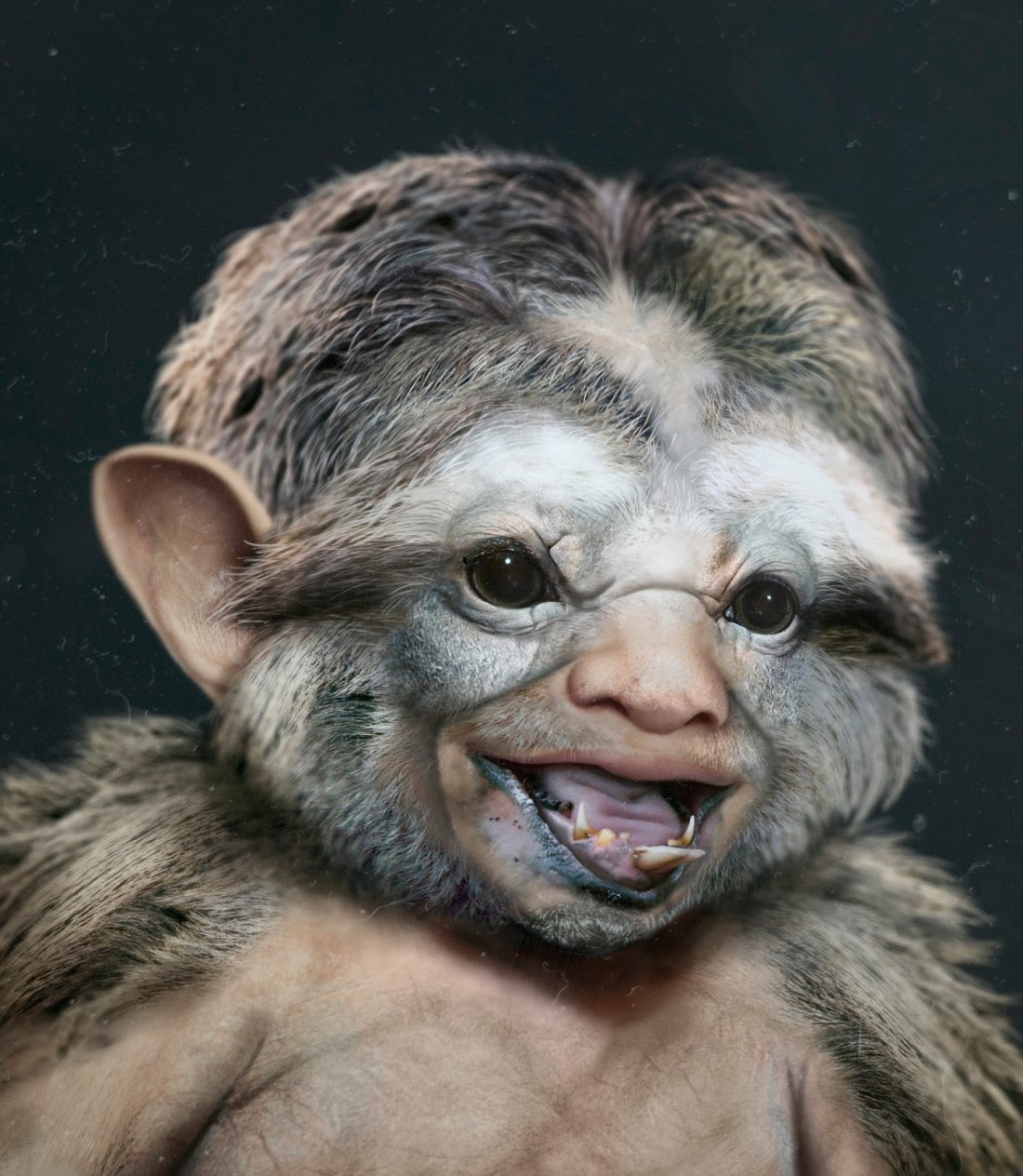 The Ktiath (also known in their various languages as “Tlaka”and “Ma-tlaka”, all such terms meaning “The Youngest Ones”), are reputed to have perhaps the most preserved record of their relation with the Attheri.

Although they have been spacefarers for over 300 years, they are still closely associated with their homeworld, Kumal-tikia-mariti (often shortened to “Tikia”). This planet is an ice world, for which the Ktiath have been specifically engineered in terms of genetics. Their appearance is of short, squat humanoids, covered in a thick white fur. Their bodies are covered in a layer of subcutaneous fat which is much thicker than that of humans from Earth. Their lungs are proportionally somewhat large, as are their hearts, and their body temperature is fully 15 degrees higher than that of humans; they therefore prefer cooler temperatures, although they are passably comfortable at most human-tolerable room temperature settings. Their physical strength is impressive, especially considering their size: most Ktiath never grow to be taller than four feet, at maximum, and most are about 3 feet tall.

Most Ktiath speak dialects of the same root language, which they call “Kaal”(literally, “the throat”). Some have speculated that the existence of this language, and the dialects encountered, suggest it has a history of about 600-800 years of development, although this has been interpreted in many ways. Their records are still mainly written in one “elder” tongue. They are basically a monocultural and monolingual species (with only minor variations of dialect in different regions of their homeworld), and have no conception of differentiated races, though fluid concepts of a transitory hierarchy do exist in terms of political and professional position, with position based on a combination of health, merit, and personal charisma.

Ktiath on their homeworld, Tikia, use a great deal of their technology to survive the harsh conditions there. Most of the continents on this planet are frozen in a global Ice Age-like climate which has been predicted to be fairly stable for at least the next 5000 years, although it may change in the future. Many cities are under-ice complexes, constructed to be secured away from the harsh environment. When travelling, the Ktiath use large, slow vehicles for transport – vehicles which can burrow into ice for shelter – as well as small, very quick single- or double- passenger vehicles, much like Earthling skidoos, for surface travel. On foot, Ktiath are much quicker than one might expect.

The planet Tikia is surrounded by satellites which mainly monitor weather and track natural resources (such as fish, oceanic currents, sub-surface mineral deposits, and precipitation) but are also used by the planet’s limited telecommunications. The Ktiath are governed by a benevolent dictator who is rumored to be connected to the computer continually.

In space, the Ktiath use clothing, weaponry, and several minimally advanced technological devices commonly. They are often skilled in the use of Jump technology, and have branches of science similar to most advanced societies, although their version of mathematics also has an implicit rhetoric of ridicule and of debate in it: Ktiath mathematicians are like politicians, rhetoric and debate (if only for the interest they add to presentation) are necessary parts of their jobs. Often a competent professor will argue a mistaken formula or theorem simply to allow a peer or even a student to devise and/or present the correct solution. In their arts, Ktiath music is all physical: they use no musical instruments, and their music thus consists mainly of “singing”. In fact, their many verbal art forms (what humans might call debate, poetry, singing, and oration) are not really very clearly separated, so that individual performers and sometimes even groups can intertwine these different modes of expression. Tikian choirs are rather tenor- and bass-heavy, and the emphasis in their music is mainly on diversity of line, texture, and agitation. It sounds like swells of chaos interspersed with calming droning chants: it is unearthly to say the least. Some choirs dance while “singing” such improvised artworks, others do not. All Ktiath art and thought is based on a worldview which essentially sees everything as transitory, but more importantly transitional, including art. Their visual art is often a demonstration of this principle of transitory change, digital images that are unstable and continually shift in subtle ways. Everything to a Ktiath is about the transition between states.

Ktiath are not the cute and fuzzy sweethearts that some ignorant spacefarers make them out to be: they are tough creatures engineered to be able to withstand conditions from which most earthlings would die in minutes. Ktiath are generally xenophobic, mainly due to a long and brutal war that they recently fought against the Menchanu. But many Ktiath have come to understand the diversity of species and of individuals in space as a necessary, though dangerous, thing. Most Ktiath have good (if odd) senses of humor. Much Ktiath humor (and this is public, official humor, not simply private teasing) centers on body cavities and bodily fluids, which to some degree baffles most other races with whom they interact. Ktiath society is essentially monocultural throughout their empire, thanks to telecommunications.

Some suspicious spacefarers claim that the Ktiath work for the Attheri, but this has never been substantiated, and most Ktiath would have no idea even if it were true (which is unlikely). Ktiath relations with Earthlings are currently fairly good in general, but have been less than amicable at certain times, due to disagreements over ownership of certain asteroids and planetoids rich in metals and other resources.