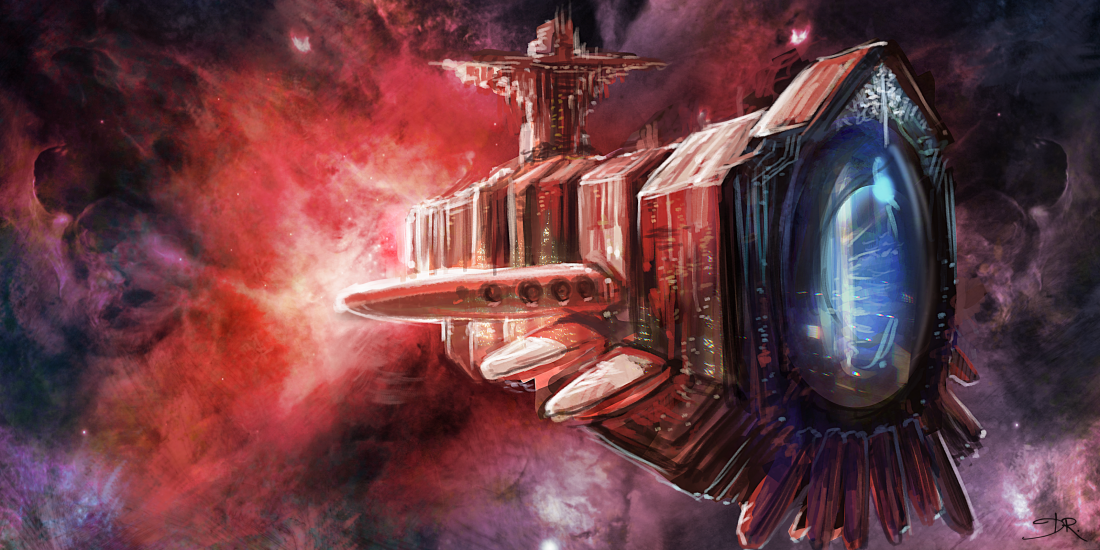 Stellar Region is defunct. However, check out my current FRPG campaign’s homepage, Obtenebrations!

Stellar Region is a long-defunct PBeM RPG game that was run by Kat Feete and Gord Sellar back before/around the turn of the 21st century. It was basically a hodgepodge of different space-opera and sci-fi source material, mashed together into a RPG setting where the focus was fun adventure storytelling. (For example, the Stethavini were a riff on an alien that appears very briefly in the original Men in Black film; meanwhile the Ktiath were inspired by a very serious short story by a friend of Gord’s.)

This site simply collects the homepage for the game — for now, basically just the setting information available to players — and I’ve set it up simply to give the content a permanent archive in a little more attractive format than the version available via the Internet Archive’s Wayback Machine.

You can explore the setting material, character and NPC races, and more by using the Menu link at the top of this page or by clicking through to the Overview of Contents page.

The way the game was run was essentially narrative PBeM, which is to say, players would submit their characters’ actions, and receive a narrative email weekly, explaining the collected results of those all character actions as they complexly interacted. If Kat or I manage to dig up the old emails, I’ll add them in a turn-by-turn format as posts to this site (and perhaps I’ll even add the brainstorming emails and GM back-and-forth, if Kat doesn’t mind) but for now, it’s just the setting homepage content as it was available to players during the original run of the game.]

Trivia: the name for the game was totally taken from a free jazz album.

More trivia: I added the pictures since rebuilding the site. There were none but a starmap (now long lost, but it was rudimentary anyway) on the original version of the site.

Note: The featured image above is by David Revoy / Blender Foundation, and is titled Pink-battle-worn-outside mango concept-art 04. It is used under a Creative Commons Attribution 3.0 Unported license.